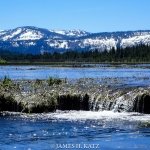 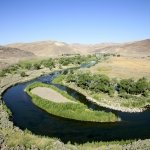 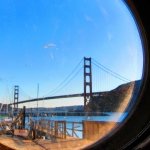 We’ve had a wonderful summer with a series of online events to connect us to the rivers we love and bring us together with the best and the brightest in the Adventure, Racing, and Science/Conservation worlds.

You can help support Rivers for Change and these events with a donation. We suggest the price of a kayak :), a movie ticket, or simply the equivalent of a coffee and scone.

Join National Geographic Explorer and CNN award-winning journalist and filmmaker John Sutter for a Source to Sea Stories Adventure. John traveled Source to Sea down the San Joaquin in 2014 and will moderate a panel of Rivers for Change Source to Sea Grant recipients Hayley Stuart, LouAnne Harris and Claire Dibble.  Paddling over 5,000 Source to Sea miles in 3 separate adventures with RFC Support, these three women share their respective stories on the Tuichi, the Mississippi and the Columbia.

If you’ve ever been curious about traveling a river from source to sea, love rivers, paddling, or just want some inspiration for your next adventure register HERE for a front row seat to hear their stories and engage in a conversation around source to sea adventures. 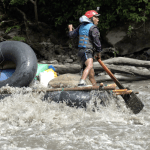 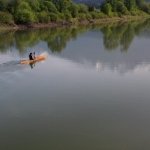 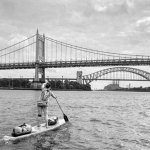 Support these free events with a donation . We suggest the price of a kayak :), a movie ticket, or simply the equivalent of a coffee and scone.

Join us for this rare opportunity to enjoy ultra-distance racing with U.S. and Canadian women racers.  These women are smart, savvy, and down-to-earth.  Hear their stories, learn their secrets, and let them touch your heart and soul.

Join Amy Byers, five-time Yukon River Quest (YRQ) racer (2003, 2004, 2005, 2017, 2019), outdoors enthusiast, avid endurance racer on and off the water, and Rivers for Change Board member. Amy and her tandem partner Danise Kimball held the YRQ women’s tandem kayak record for nearly 10 years (2003-2011). Amy will moderate a presentation and discussion of U.S. and Canadian women ultra-distance racers centered around their common and separate experiences racing the YRQ, 715 km (444 miles) on the Yukon River from Whitehorse to Dawson City, Yukon Territory.

Emily Matthews: One of the first racers ever to race the Yukon River Quest on a Stand Up Paddleboard – Say What, racing 444 miles on A SUP in remote wilderness!?! Five years, to the day, after first stepping on to a paddleboard Emily Matthews set off on the YRQ (2017), following the river route of the Yukon gold rush. Hear about her adventure and find out why she went back a second time (2018). Emily is also a three-time finisher (2014, 2015, 2016) of the California River Quest (CRQ; aka Cal 100) and the current CRQ race organizer. The CRQ is a 100-mile paddling race on the Sacramento River from Redding to Chico, California.

Brooke Ramsay & Heidi Virtanen of Huptown Girls: The Yukon River Quest in a Tandem Canoe – And, next on their list is the Yukon 1000. Together, Heidi & Brooke have raced and completed two YRQs (2018, 2019) as Huptown Girls. Heidi had already completed one YRQ by then and Brooke slam dunked the mixed-team record from the 2015 MR340. These two have experience motivating teams and team spirit. Heidi has organized a women's team for the Ski to Sea race in Bellingham, WA for the past few years. Brooke is a certified leadership coach of high-performers through her company Infinite Courage Coaching. Their favorite paddling memories, in addition to the countless breathtaking moments on the Yukon, are in Northern Saskatchewan with their canoe family and paddling parents Steve & Karla. They are currently training for the Yukon 1000 (2021), following in the footsteps of only one other all-female team to have completed the race. 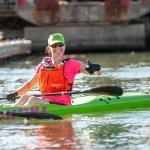 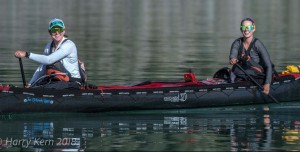 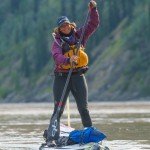 After years of advocacy and leadership from local tribes and their partners, the Klamath River is at last on the brink of the largest dam removal project in U.S. history. Join us for this special story of tribal and river communities coming together to save a river basin and restore critical salmon runs along the California and Oregon border. 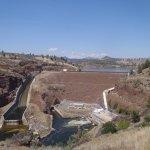 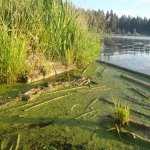 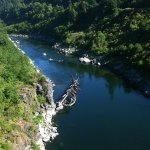 Join moderator Kristen Wilson, a senior scientist with the Nature Conservancy and guest storytellers for this special session.

Craig Tucker, an environmental scientist, paddler, and advocate who served as the Natural Resources Policy Advocate for the Karuk Tribe; Craig has worked to advance the dam removal project for more than fourteen years.

Sammy Gensaw III of the Yurok tribe and founding director of the Ancestral Guard, a network of young men and women dedicated to sharing cultural values and ancestral knowledge with others who share their ancestral territories.

You can read more about Craig and Sammy and their work in the linked bios below. To find out more about the project, visit the KRRC (Klamath River Renewal Corporation (KRRC), the non-profit partnership of river users formed to oversee dam removal, which includes dam owner PacifiCorp and local Tribal nations) webpage https://www.klamathrenewal.org or the Reconnect Klamath webpage http://www.reconnectklamath.org. To learn more about the Ancestral Guard, visit their Facebook page at https://www.facebook.com/RestorativeRevolution

We hope you were inspired and enjoyed these events as much as we did! Feel free to support these free events with a donation.